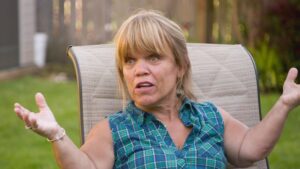 Little People. Big World. Gigantic announcement soon to come? In the wake of this very long-running reality show wrapping up … 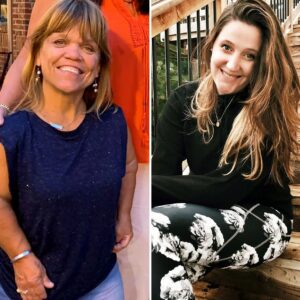 Tori and Amy Roloff have not always gotten along. The mother of three reveals the basis for their old feud here.

Tori Roloff Reveals Former Feud with Mother-in-Law: Where Do They Stand Now? was originally published on The Hollywood Gossip . 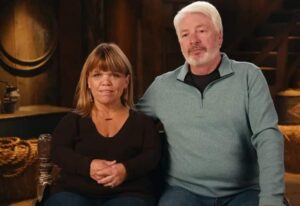 Amy Roloff wishes things were different. She made that clear on the latest episode of Little People, Big World. 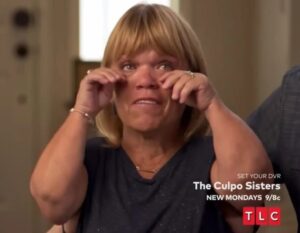 Amy Roloff lost it on the latest episode of Little People, Big World. She tried to explain why in a candid confessional.

Amy Roloff Breaks Down, Blames Ex-Husband for Low Self-Esteem was originally published on The Hollywood Gossip . 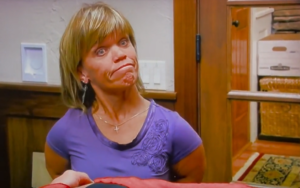 When possible, Amy Roloff wants peace in her family. With the exception of the grandkids, they’re all adults. She’d love … 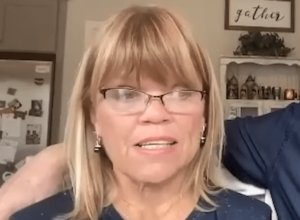 Now that the new season of Little People, Big World is underway, even more eyes are fixed upon the Roloff …

Amy Roloff: I Don’t Control Matt! Can We PLEASE Move Past This Ugly Feud! was originally published on The Hollywood Gossip . 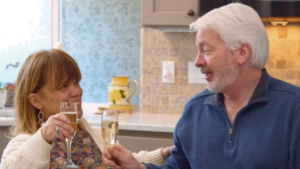 Right now, Little People, Big World fans have a lot of questions about the future of Roloff Farms. This isn’t …

Amy Roloff Hints at Big Move: Where Will She Live? was originally published on The Hollywood Gossip . 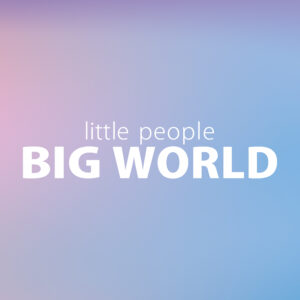 Little People, Big World is on its way back! Find out when, and find out what you can expect from new episodes, now! 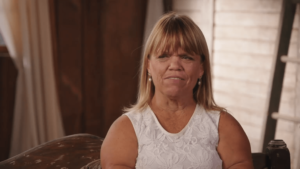 Amy Roloff SNUBBED by (Almost) Entire Family on Birthday! Which Feud is to Blame? was originally published on The Hollywood Gossip . 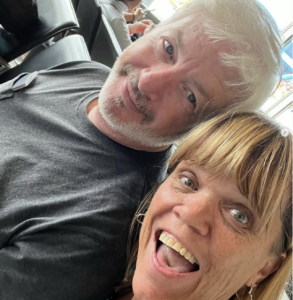 Amy Roloff is in Italy at the moment. But she very much wants the world to know: She’s also in …

It sucks for Matt, who seems to have taken on the villain role. It sucks for his kids, especially Zach and his wife Tori. The fallout from it sucks for the grandkids.

Amy knows all of those involved about as well as any person conceivably could, and is publicly weighing in.

She wishes that her ex-husband were handling this better … but she knows that it’s out of her hands.

Amy Roloff had an extensive conversation with Us Weekly about the farm feud.

“I don’t know a lot of the details of the negotiation that went on between Zach and Matt,” she freely admitted.

All that she knows for sure is that she’s not thrilled with how the results are playing out.

“Matt is still the father, still ‘the adult,'” Amy pointed out.

“I don’t care how old your kids are,” she reasoned, “sometimes there are things they may need to learn.”

“But,” Amy continued, “you know as an adult, as a father, you may have to take the higher road.”

Amy expressed that it is “sad that it’s come to this.”

She does recognize that her ex-husband can be “grinding.”

Infamously, their conflicting personal styles and personalities were a major contributor to their divorce, perhaps even more so than Caryn.

“Parts of me are not exactly surprised,” Amy admitted.

She explained that this is “because I’ve dealt with Matt over the years.”

“And,” Amy characterized, “he can be tough.”

Like the rest of the family and all of their viewers, she is aware that the children have spent their lives being told that the farm will remain part of the family legacy.

Now, a massive chunk of the farm is being sold.

Ultimately, she hopes that something good can rise from the ashes of this bitter conflict.

“It’s not always happy,” she understated.

“But eventually,” Amy expressed, “maybe this will be a step where we can all move forward and see how we can come back together.”

That is easier said than done, and Amy knows that.

Everyone involved would need to not only talk things out, but forgive each other, if they’re going to move forward.

That’s not just Matt and Zach. It especially includes Jeremy and Audrey, who have coveted Roloff Farms for many years.

Amy understands — perhaps better than Matt does — why there are so many hurt feelings that will not easily go away.

“We’ve heard over time this was going to be part of the family,” she acknowledged.

Amy recalled hearing countless times that “this was going to be the legacy.”

“And now to see the end result with a ‘for sale’ sign,” Amy went on.

That must have been crushing for all of them.

This Roloff rift will not go away on its own, but even if fences end up being mended, Matt’s choice has forever shaped the destiny of the family.

Amy Roloff is out, folks.

Not that there’s anything for her to be in for.

Not just yet at least.

The Little People, Big World star still wants to make it clear, however…

… whenever her ex-husbandd gets engaged to Caryn Chandler?

It’s the feud that no one saw coming.

Except, perhaps, for Amy Roloff.

Just over a week ago, Matt Roloff put a portion of his Oregon farm up for sale… doing so a few months after failing to reach any sort of agreement with either of his twin so…

Amy Roloff has some pretty awful news to share.

At least as far as Little People, Big World fans are concerned.

The mother of four got involved late last week in the ongoing feud between her ex-husband and one of her kids, Zach.

Amy Roloff has weighed in on FarmGate.

And you can probably guess on whose side she falls, right?

About a week ago, Matt Roloff put 16 acres of his farm for sale, writing on Instagram at the time:

“It’s time to move toward the next season of li…

And it’s pretty clear, based on the footage below, that a whole lot is on tap this spring and summer for the Roloffs.

Early on in this video, we see Amy and Chris Marek looking happy and festive, rocking a pair of matching Christmas pajamas and kissing on the lips and acting like the blissful newlyweds they are.

But then things take a turn a bit for the mother of four.

Amy reveals on camera that ex-husband Matt and his girlfriend, Caryn Chandler, gifted her and Marek plane tickets to Arizona… as they proceed to fly down and spend an awkward few days with the couple.

“I still struggle with the fact of being married to someone for so long and to then to hang out with my ex and his girlfriend,” Amy explains reasonably in the preview, adding:

“There’s too much history for me.”

Zach and Tori, meanwhile, later surprised the former’s mother with photos from the latter’s ultrasound, stunning Amy with the following great news:

“We are expecting our third baby,” Zach says.

The spouses will be dealing this season with an issue regarding their first baby, however, as viewers also watch Jackson get wheeled into for leg surgery.

Elsewhere, we get a glimpse of a fire that hit Roloff Farms in Oregon, while this property turns into the focus of the promo.

“After the farm deal fell apart, there has been some tension between us,” Zach says of where things stand between himself and his dad in the wake of Matt NOT selliing Matt the land.

“I was extremely uncomfortable,” Tori adds of a visit she and her immediate family took to the farm one day in order to hang out with Matt and Caryn.

“This process has been filled with emotions and angst,” Matt teases in a confessional of what he wants to do with all his land, prior to stating in ominous fashion:

“I think life on the farm is gonna change forever… if the kids decide they wanna hate for for this, there’s nothing i can do about it.”

To what is Roloff referring here? We don’t know!

Little People, Big World kicks off Season 23 on Tuesday, May 17.

The Roloffs face big changes and challenging times as a rift in the family causes an unexpected divide that sparks the beginning of a new and very different chapter.

Amy and Matt continue to find friendship in unexpected ways as the two, along with Chris and Caryn, spend more time together and even share a trip to Arizona.

When the negotiations fall through, Zach and Tori decide to move and make their new home away from the farm while also expecting their third child.

And in the midst of everything, Matt makes a decision that could change the farm – and the family – forever.