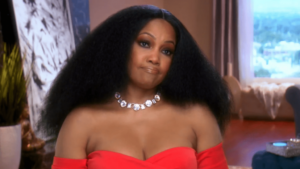 Early this summer, a court found Bill Cosby guilty of sexual assault against a teenager. This case is just a …

Garcelle Beauvais knows just how important it is to trust your instincts! The 55-year-old Real Housewives of Beverly Hills star appeared on Andy Cohen Live to promote her book Love Me as I Am, where she opened up about the encounters she had in the past with some big names in the entertainment business. One […]

Bill Cosby will remain free following a decision by the United States Supreme Court not to weigh in on the Pennsylvania court ruling that initially released him from prison following his prior conviction. According to media reports, the longtime former sitcom star will not be at risk of possibly going back to prison after SCOTUS decided not to hear […]

Before Bill Cosby was convicted of sexual assault, he had been accused of the same crime by more than 60 women.

His recent release from prison was based upon a legal technicality, not upon any fault in the evidence, trial, or jury.

Showtime has an upcoming docuseries, We Need to Talk About Bill Cosby, which aims to analyze the disgraced comedian’s complicated legacy.

Cosby is now fiercely defending his tarnished reputation, even trying to portray himself as an ally and advocate for women.

Premiering on Showtime on January 30, We Need To Talk About Cosby documents the titular comedian’s rise and fall from grace.

Filmmaker and comedian W Kamau Bell has explained why he took on this important and sometimes painful project.

Like many generations, he grew up viewing Cosby as an entertainer and a hero. That view has radically changed, with good reason.

With ample use of archival footage and a litany of interviews, the documentary looks at the dozens of sexual assault allegations against Cosby.

Cosby was convicted in 2018 and sentenced to prison, but only served three years.

The Pennsylvania Supreme Court ruled that Cosby should not have been tried for the crime because of a deal that he’d made with a previous prosecutor.

In a statement to People, Bill Cosby’s spokesperson ranted about the documentary, calling it a mere “PR hack.”

“Mr. Cosby has spent more than 50 years standing with the excluded,” the statement reads.

The spokesperson claimed that Cosby “made it possible for some to be included.”

The statement describes Cosby as “standing with the disenfranchised.”

“And,” the spokesperson continues, “standing with those women and men who were denied respectful work … because of race and gender …”

The statement says that Cosby acted as an ally “within the expanses of the entertainment industries.”

“Let’s talk about Bill Cosby. Mr. Cosby continues to be the target of numerous media,” the spokesperson claimed.

They continued: “that have, for too many years, distorted and omitted truths … intentionally.”

“Despite media’s repetitive reports of allegations against Mr. Cosby,” the statement alleges, “none have ever been proven in any court of law.”

Just to clarify, that last line is untrue.

The charges of sexual assault against Cosby were proven in a court of law.

Or does his spokesperson not understand why the disgraced comedian spent three years in prison?

The spokesperson did some further whining about “prosecutorial violations,” which are a real problem … for innocent people.

“Let’s talk about Bill Cosby,” the statement added. “He wants our nation to be what it proclaims itself to be: a democracy.”

That’s a good pivot, considering how endangered voting rights are. But is it smart for Cosby to bring up?

If Cosby has one vote, he’s voting that he’s innocent.

If each of the more than 60 women accusing him of sexual assault have one vote each, that’s one to more than 60.

Now, I’m no big city political scientist, but if Cosby wants to bring up the will of the people … then shouldn’t he be in a prison cell?

Cosby meant a lot to many people, for his activism as a Black man and for the joy that he brought to children. No one questions this.

But he complicated his own legacy, both by amassing a small army of accusers and by using his past good deeds to try to shield himself from accountability.

Cosby is trying to get ahead of this docuseries because he doesn’t want people to change the way that they feel about him. That ship has sailed.

Bill Cosby was convicted of rape — well, aggravated indecent assault — for his use of pills, reportedly Quaaludes, that he would allegedly use to drug women and then have sex while they were unable to consent. But was his buddy Hugh Hefner doing the same thing for years? As part of the upcoming docuseries Secrets of […]

Over the course of the past year, a lot of people have lost touch with reality.

Donald Trump thinks he’ll be reinstated as president next month; your aunt Denise thinks Bill Gates invented the vaccine to plant microchips in every American, and LeBr…

As previously and depressingly reportedly, Bill Cosby is now a free man.

In a stunning turn of events on Wednesday, the Pennsylvania Supreme Court overturned the comedian’s sexual assault conviction.

It determined that an agreement Cosby made wit…

In a shocking turn of events, disgraced TV legend Bill Cosby is set to be released from prison after Pennsylvania’s highest court overturned his sexual assault conviction on Wednesday.

In 2018, Cosby was found guilty of raping a business associate …

Justin Bieber is refusing to give concertgoers who want one a refund – and folks are not pleased! Victoria Beckham is using money from the British government to pay her furloughed workers and this has caused quite the controversy in the U.K. Should she have footed the entire bill herself??? […]

Was Beyonce out of line for banning photographers from taking her photo at Kobe Bryant‘s memorial?! Pete Davidson fights back, lashes out at former fiancee Ariana Grande! Reacting to Justin Timberlake‘s new song – live! Madonna still disrespecting her fans! Meghan Markle & Prince Harry‘s next move! And more of […]

Monday’s guilty verdict must have really done something to Harvey Weinstein. As we reported, the disgraced film producer and entertainment mogul was found guilty of rape and engaging in a criminal sex act in a Manhattan criminal court yesterday. And in the moments after his guilty verdict was read, his health […]

The post Harvey Weinstein Hospitalized With Chest Pains After Guilty Verdict As Bill Cosby Weighs In, Too appeared first on Perez Hilton.

Perez would like to sincerely apologize to Bethenny Frankel. For the first time ever. Plus, a huge pregnancy scoop! Our thoughts on Justin Bieber‘s new song! Meghan Markle‘s message to the royal family! Sofia Richie and Kourtney Kardashian at war? Making sense of Kesha‘s devastating legal loss. And, Jessica Simpson, […]

After Kobe Bryant’s fatal crash, a discussion about his complicated legacy led Snoop Dogg to go on an unhinged rant.

For some reason, his rant included the line: “Free Bill Cosby.” Well, convicted sexual predator Bill Cosby is now thanking him for …

Oprah Winfrey wants y’all to cut Gayle King some slack! As we reported, the CBS This Morning host drew the ire of social media this week after CBS News tweeted out a clip of her interview with Lisa Leslie, during which King asked the WNBA star her thoughts about the […]

In this age of headlines and Twitter clips, it’s important for people to look into the whole story before unleashing anger and negativity onto the masses. Sadly, Snoop Dogg and Bill C*sby allowed themselves to be duped by the media trolls at CBS News who cut up footage of Gayle […]

It has been a DECADE, y’all. We’re not talking OJ Simpson or Princess Diana here, but the 2010s had some pretty wild, gut-wrenching, salacious, and jaw-dropping scandals of its own. Cheating, breakups, breakdowns, major courtroom battles, and, unfortunately, a whole lot of dirty old men. What a decade for debauchery… Related: PewDiePie […]

The post Biggest Celeb Scandals Of The Decade! appeared first on Perez Hilton.